It might seem like public pensions are a thing of the past given the general declining use of pensions as a retirement vehicle. However, public pension plans remain one of the most important and largest allocators to institutional alternative investments.

Do you know the best ones to call on?

Knowing not just who to call on at the public pensions, but their investment preferences and key consulting relationships is necessary for success for any alternative investment marketing professional.

While public pensions have a reputation of conservative investing and working with only the largest and most established managers, they are increasingly growing in sophistication and turning to alternatives as a source of uncorrelated return during a period of protracted low interest rates.

Many public plans have also been increasingly willing to work with emerging managers either directly or through programs developed by some of the leading investment consulting firms.

At Dakota, we’ve been raising capital since 2006, and have raised over $30 billion dollars over the last fourteen years. In that time we’ve also established Dakota Marketplace, a database of accounts and contacts built by fundraisers for fundraisers.

Marketplace is a compilation of fourteen years of research, and finding the right people to call on for our business. We think it can help you, too, and it helped inform this list.

In this article, we’re sharing Dakota’s list of top North American public pensions to call on, and while the list is by no means exhaustive (or in every instance the largest allocator), it is a great starting point for anyone marketing an alternative strategy.

What to do next

Now that you have a better idea what some of the top Public Pension Funds are, you and your team can start the process of doing outreach, setting meetings, and making calls to the right people.

And, this is not a full list; there are over thirty more Public Pension Funds to connect with within Dakota Marketplace. 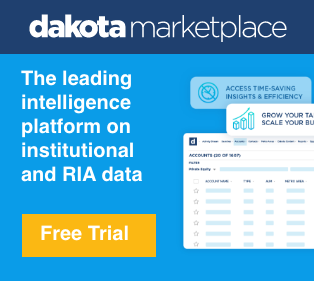 Top Institutional Investor Databases for 2023: What Do They Cost?

The 14 Best CRMs for Investment Firms to Consider in 2023